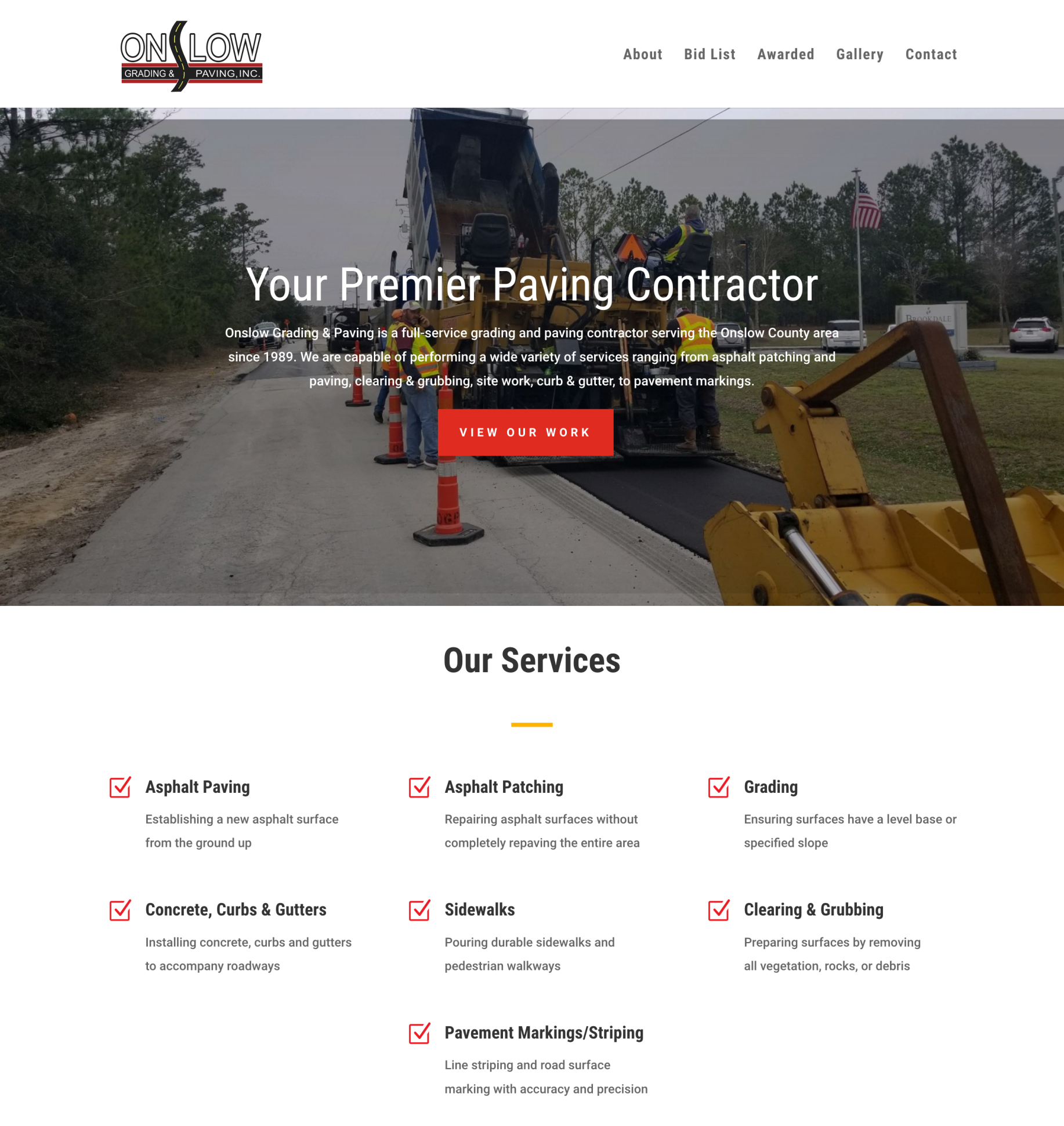 OG&P is one of the premier grading and paving companies in Eastern NC. OG&P now performs projects ranging from a few thousand dollars to over 5 million — ranging from small patches to subdivisions, parking lots, highways, and runways. OG&P employs approximately 80 people mostly from the Onslow County area.

We Look Forward to Working with You 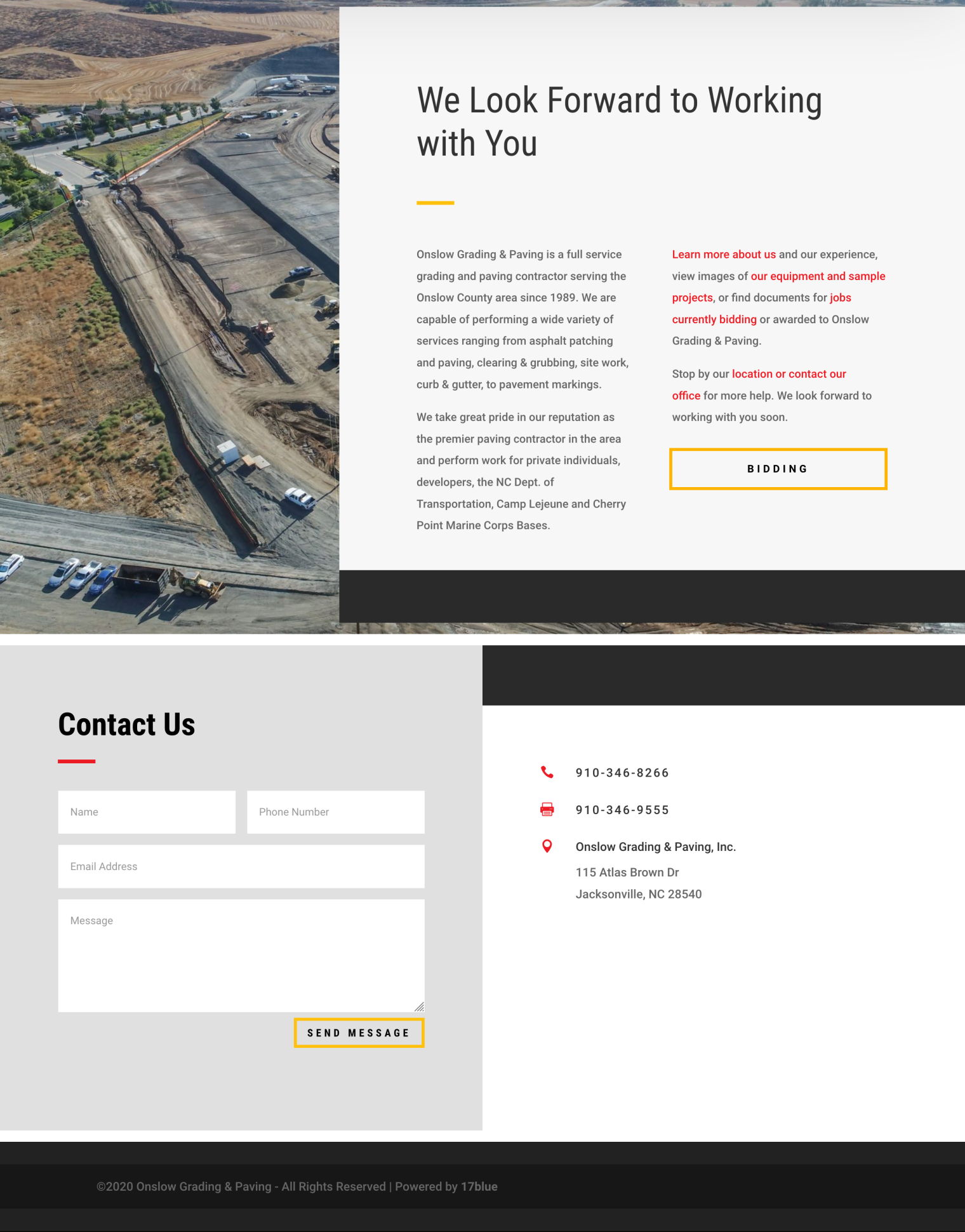 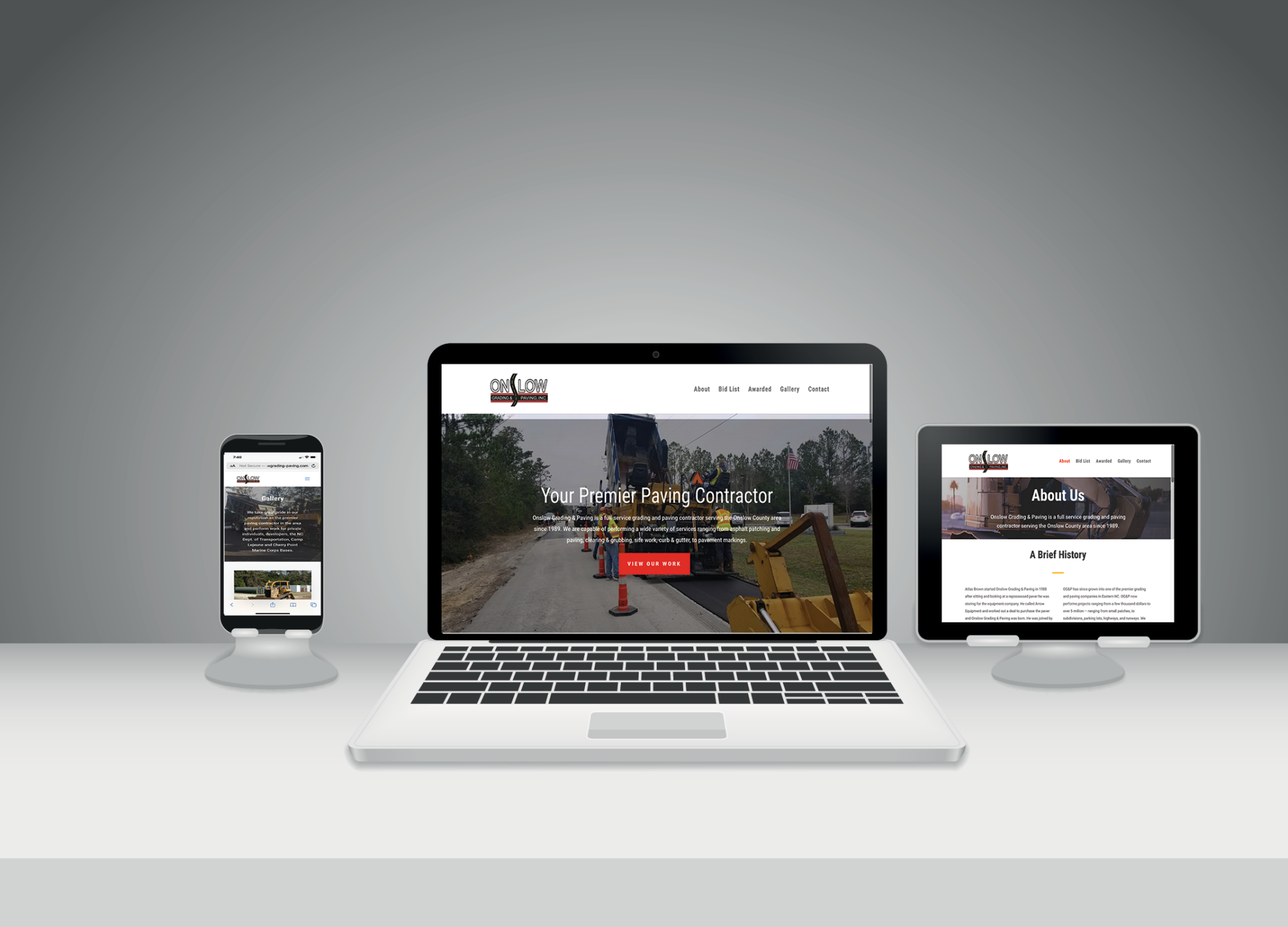 Build to be fully responsive and mobile-friendly, their site is easy to use on any device.

Ready to tell your story?